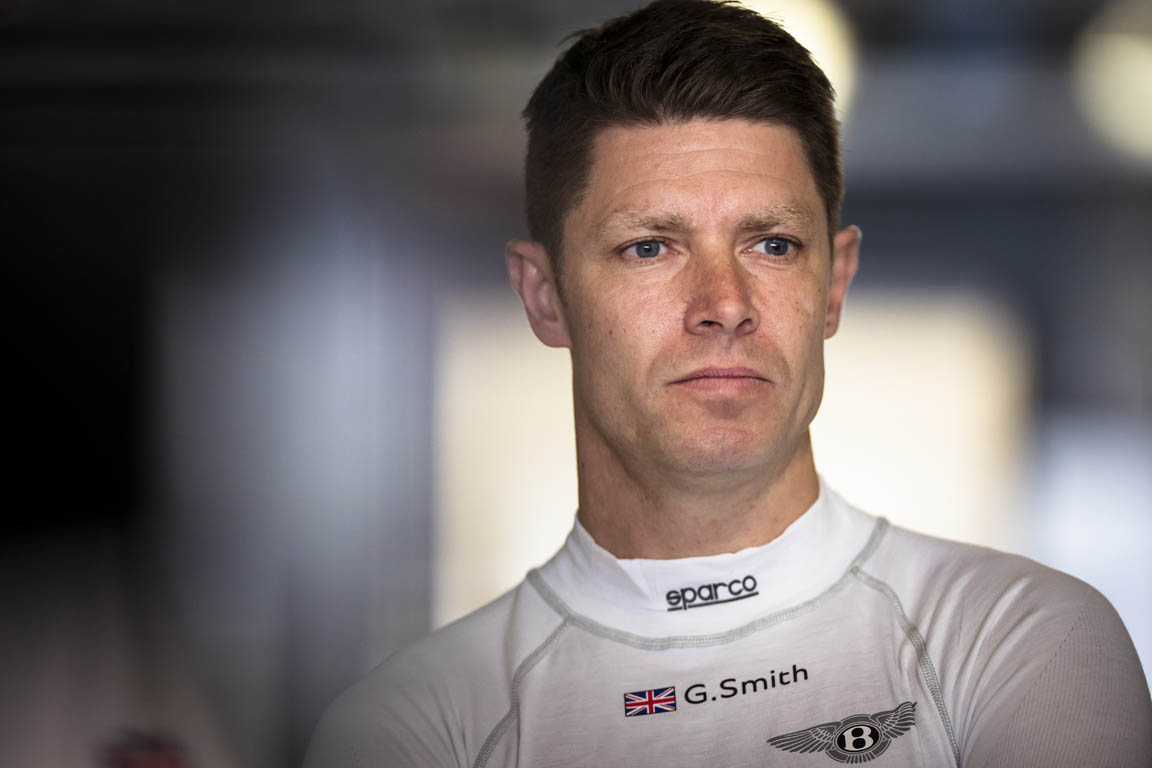 Sunday, Bentley Boy Guy Smith raced his last Blancpain GT Series round at Silverstone for Bentley Team M-Sport. Following a plan made with the team at the end of the 2017 season, Smith drew his impressive career as a works-team racing driver to a close at the home of British motorsport – a fitting finale for the British Le Mans winner.

While stepping back from his role in car #7 with Bentley Team M-Sport, Smith will retain his role supporting other Bentley customer teams around the world and remains a Bentley Motorsport test and development driver. After a 17-year association with the brand, including an outright victory at the 2003 Le Mans 24 Hours with the Bentley Speed 8, Smith will also continue to be an ambassador for Bentley.

“This was not an easy decision to make, but the time is right for me to step back and allow some younger talent in to my Bentley seat. At the end of last year I decided that I wanted to see the new second-generation Continental GT3 through its first race after being part of its development from the start – and we achieved that at Monza a few weeks ago. It feels right that my final race with the team should be at Silverstone, which has been one of the most important circuits of my career.”